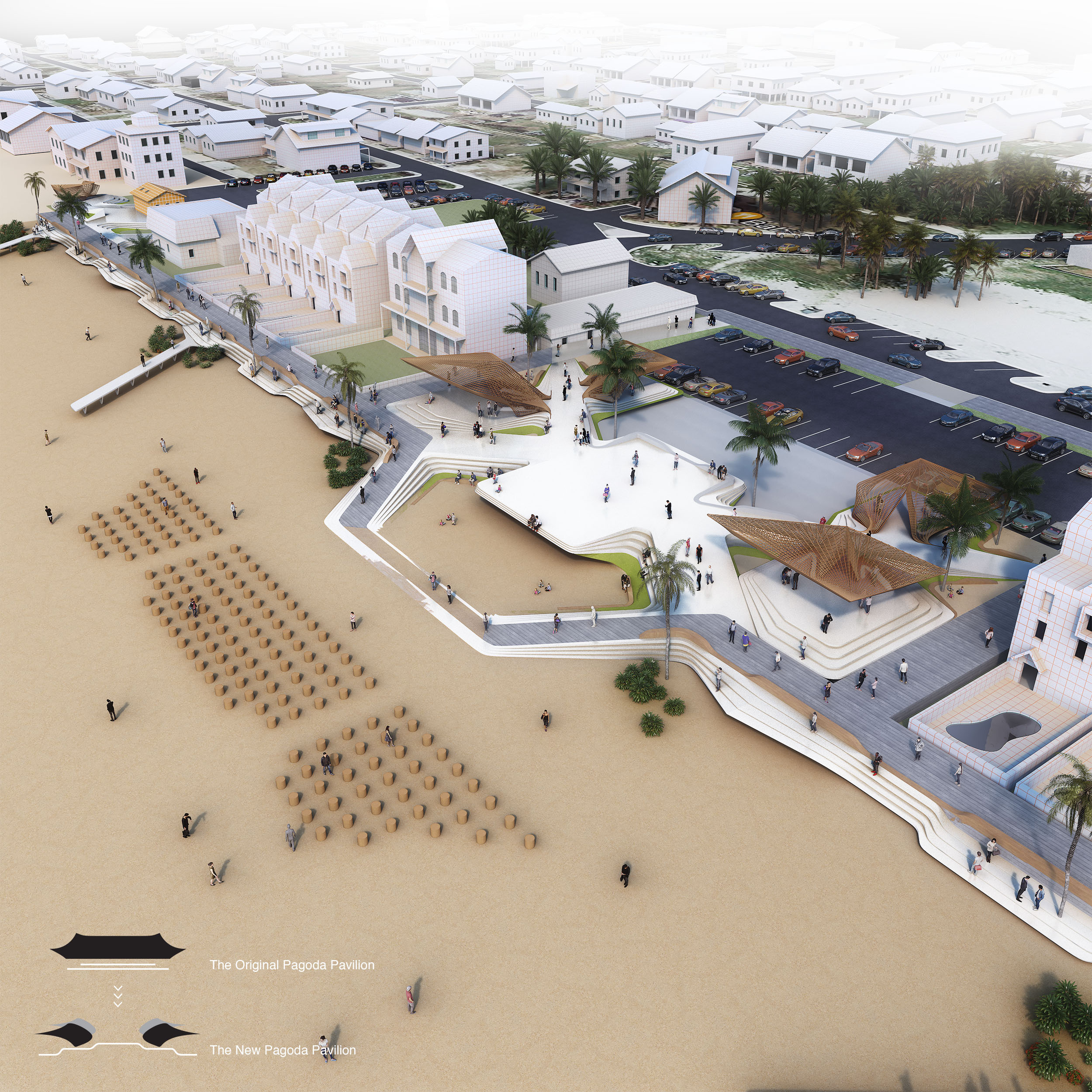 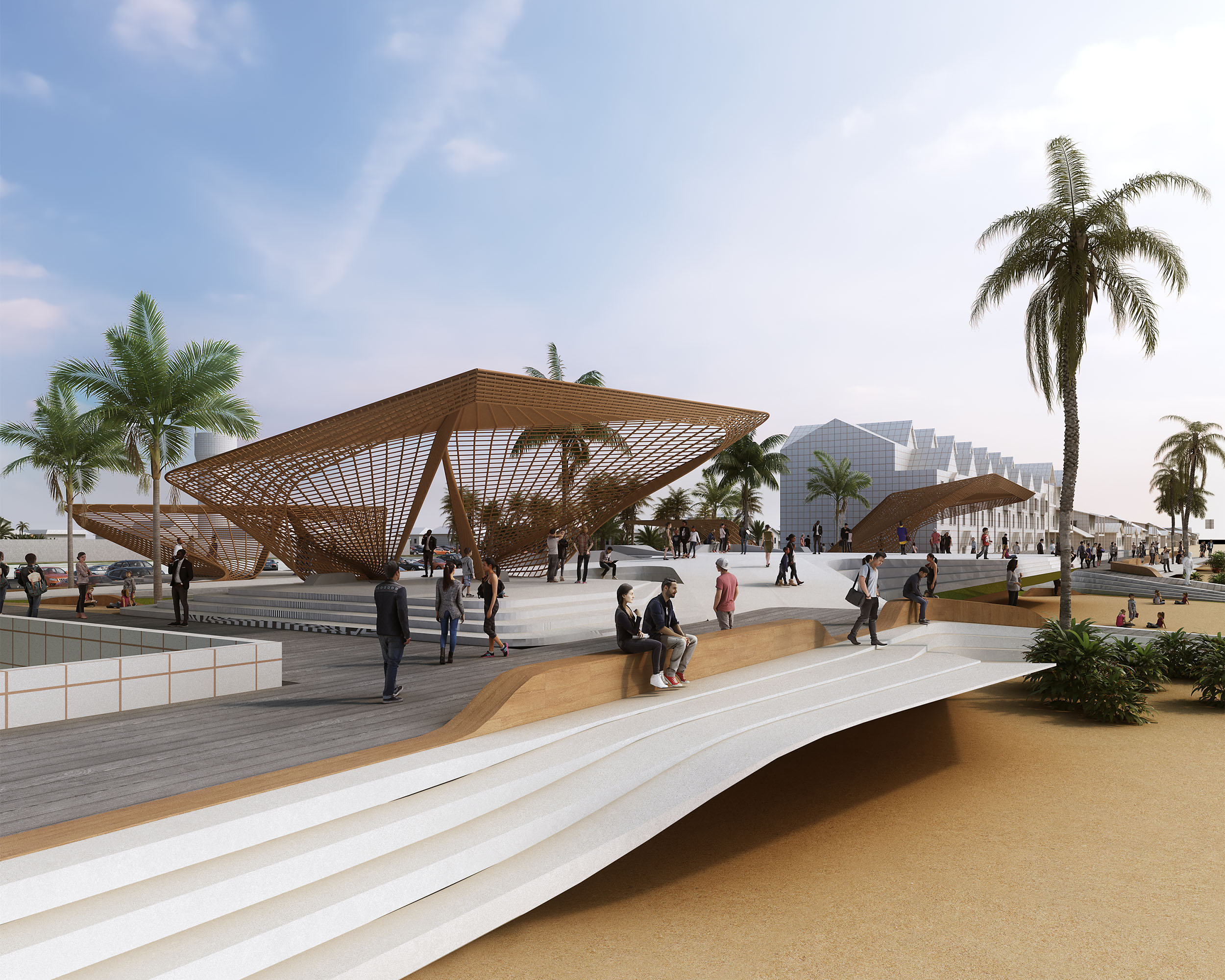 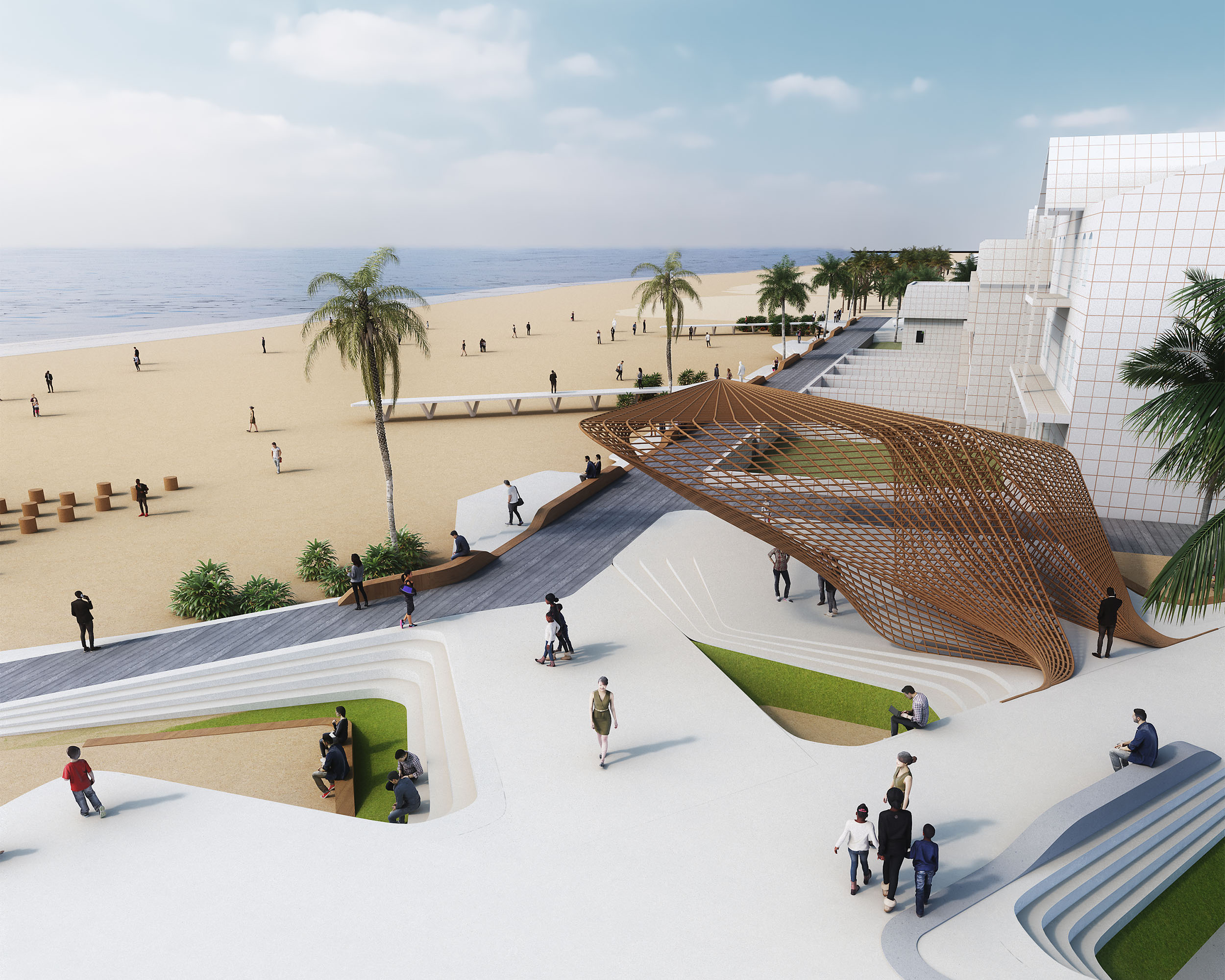 Reflecting on the past and present of Atlantic Beach, it is clear that it is a place of family, friends, music, dance, beaches and oceans. The future development of this place should encapsulate these characteristics, while embracing the goal of becoming a world-class destination. The proposed development strategy involves creating multiple gathering areas of various sizes for friends and families along the boardwalk, the point area, around the bathhouse and new pavilion. The design of these gathering areas will correspond to the history of the location, through the implementation of slightly curved roofs and by ensuring a symmetry between the original pagoda pavilion and the new one. While incorporating design features reminiscent of the past, these structures will also speak to the future using undulating and layered curved walls which bring to mind the ocean waves.

The new pavilion will take the form of the original pavilion but will be inverted, creating an open space in the middle with a shaded space at each of the four corners. The four canopies and their curved outlines will create a complete silhouette, responding to the original pagoda roof, as a way of celebrating this historical monument of Atlantic Beach. The four corner platforms will be raised two feet from the new boardwalk to create shady places for various activities. The center platform will be raised four feet from the boardwalk to serve as an open stage for screening movies and presenting concerts. Six pocket parks will be created between platforms for children’s playground, serving as the rain garden as a sustainable site strategy.

The design of this area uses the similar design language as the Boardwalk and the New Pavilion. There is a new shading structure at the west end of the boardwalk for outdoor showers and drinking fountains. The existing restroom will be upgraded with new capacity to serve more visitors. Meanwhile, two pocket parks are introduced for people to seat and gather under palm trees.

This smaller triangular site unifies the signage, platform, and flagpole as one welcoming landmark, while the trapezoid site being subdivided into three open spaces for arts and playgrounds, with two large spaces carved out for food trucks and farmer’s markets.