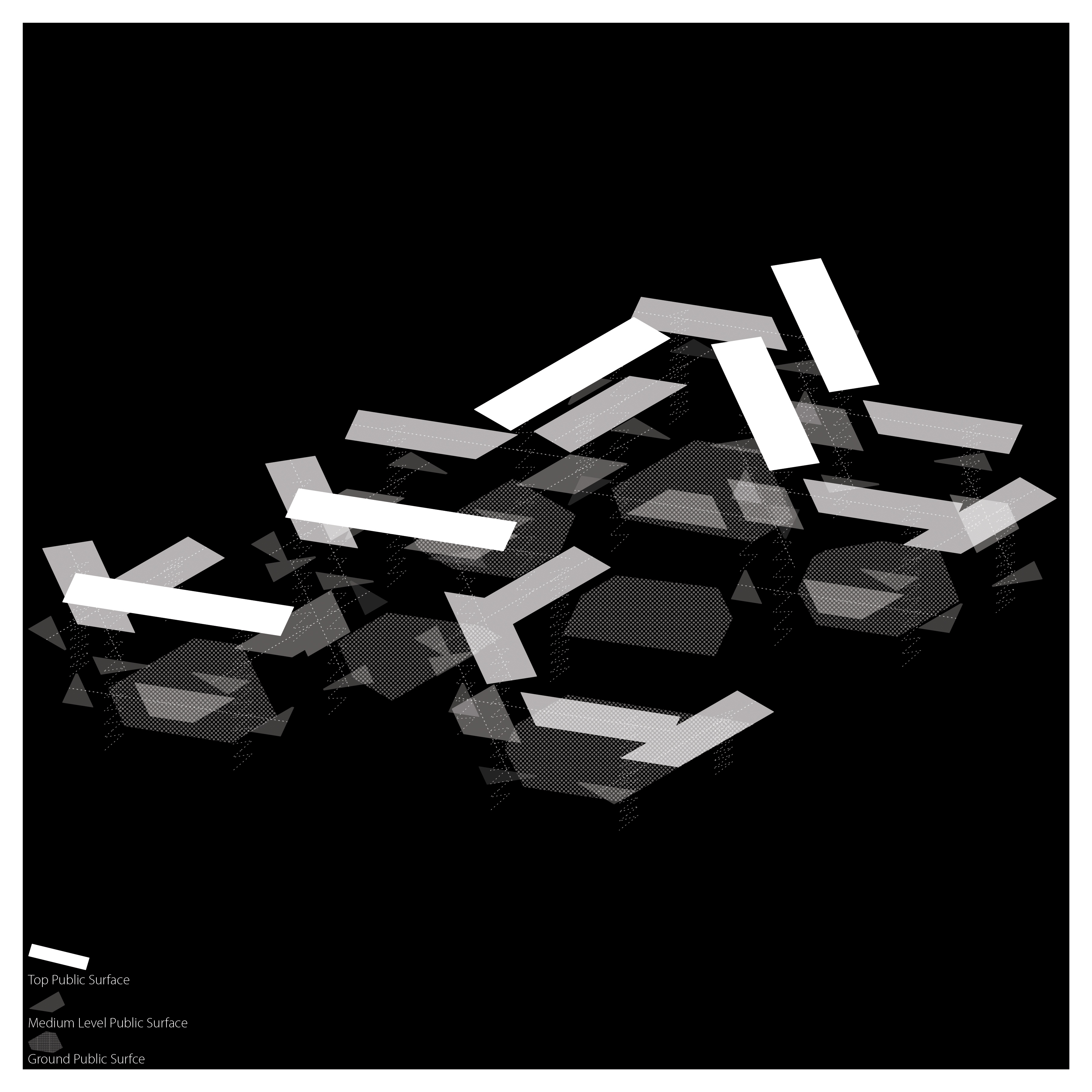 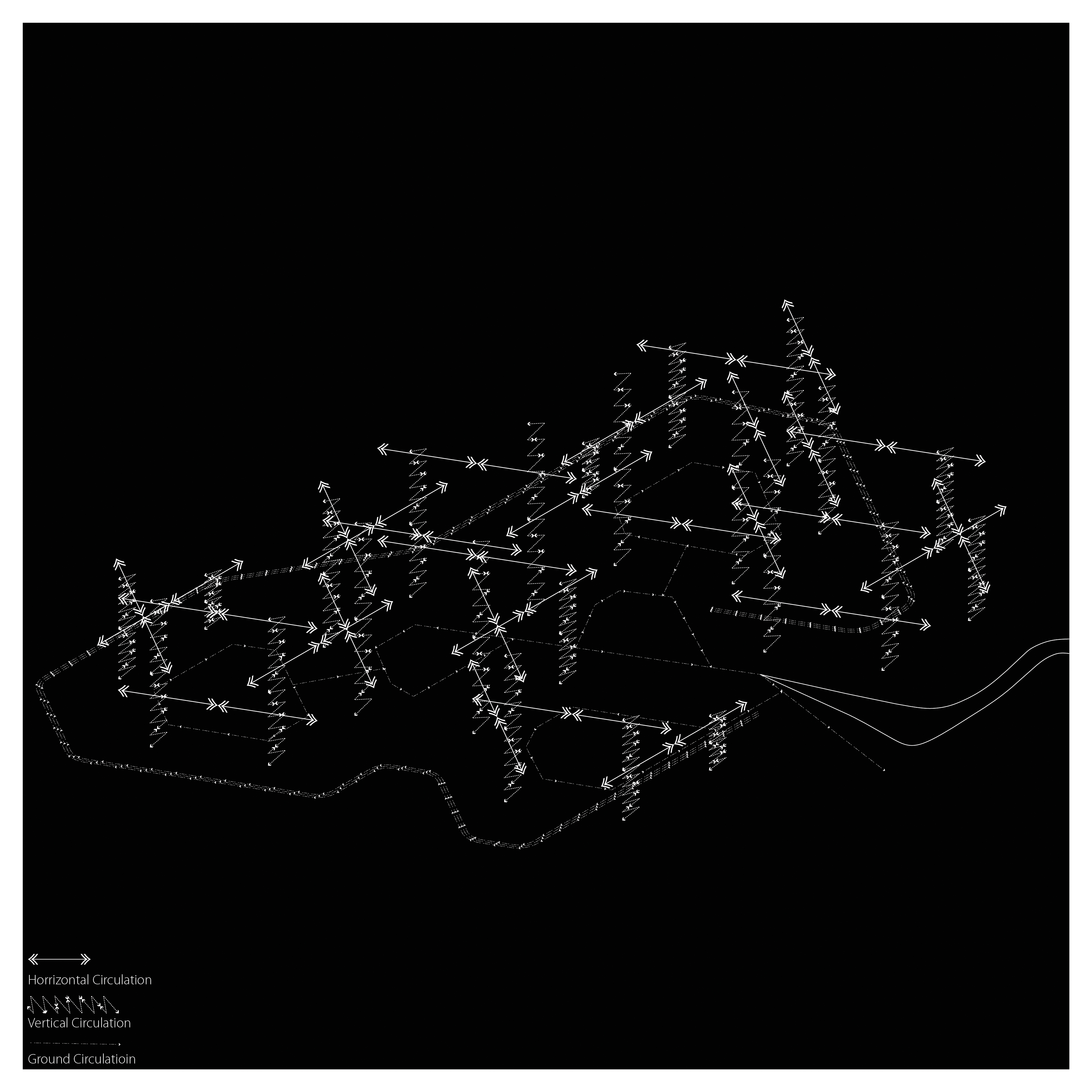 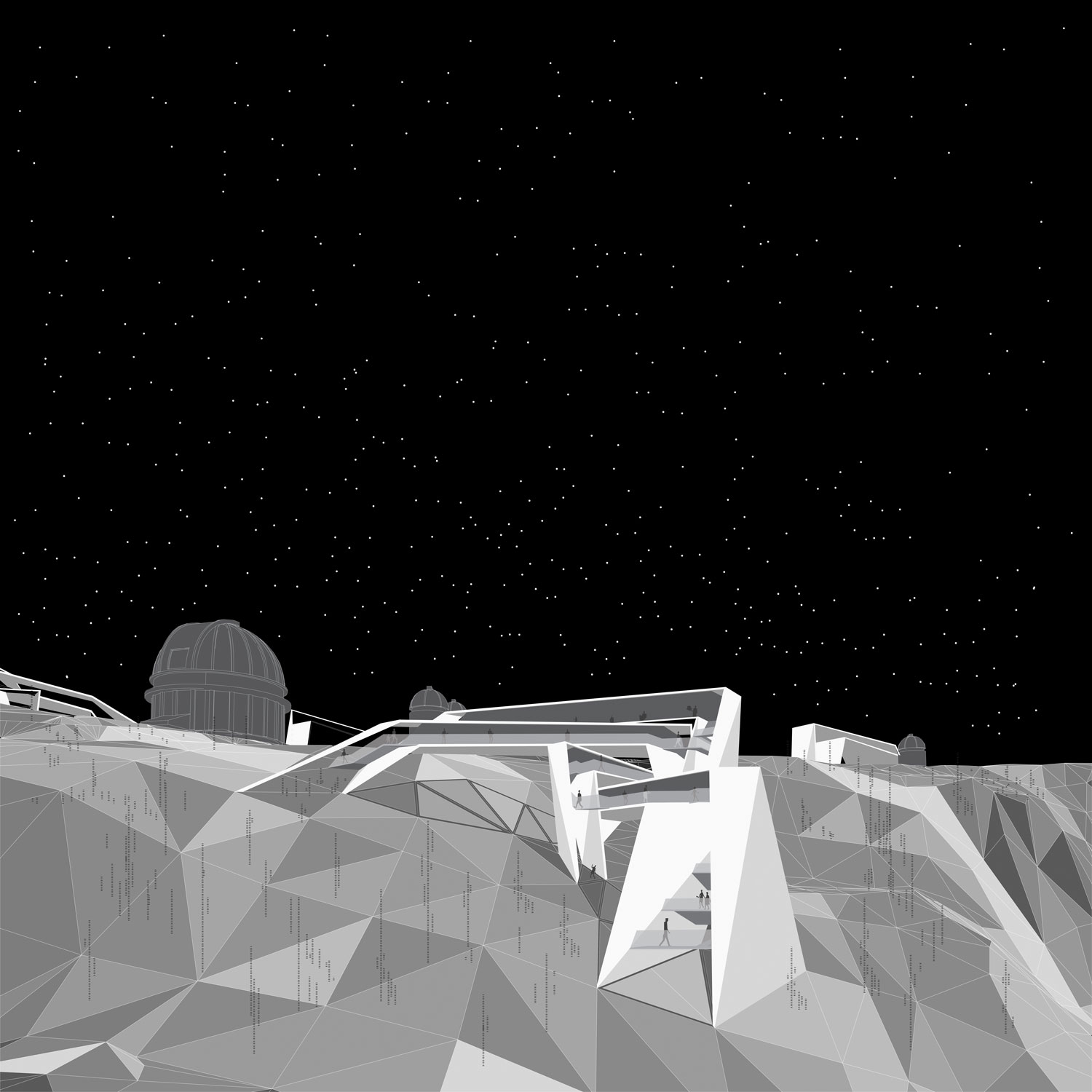 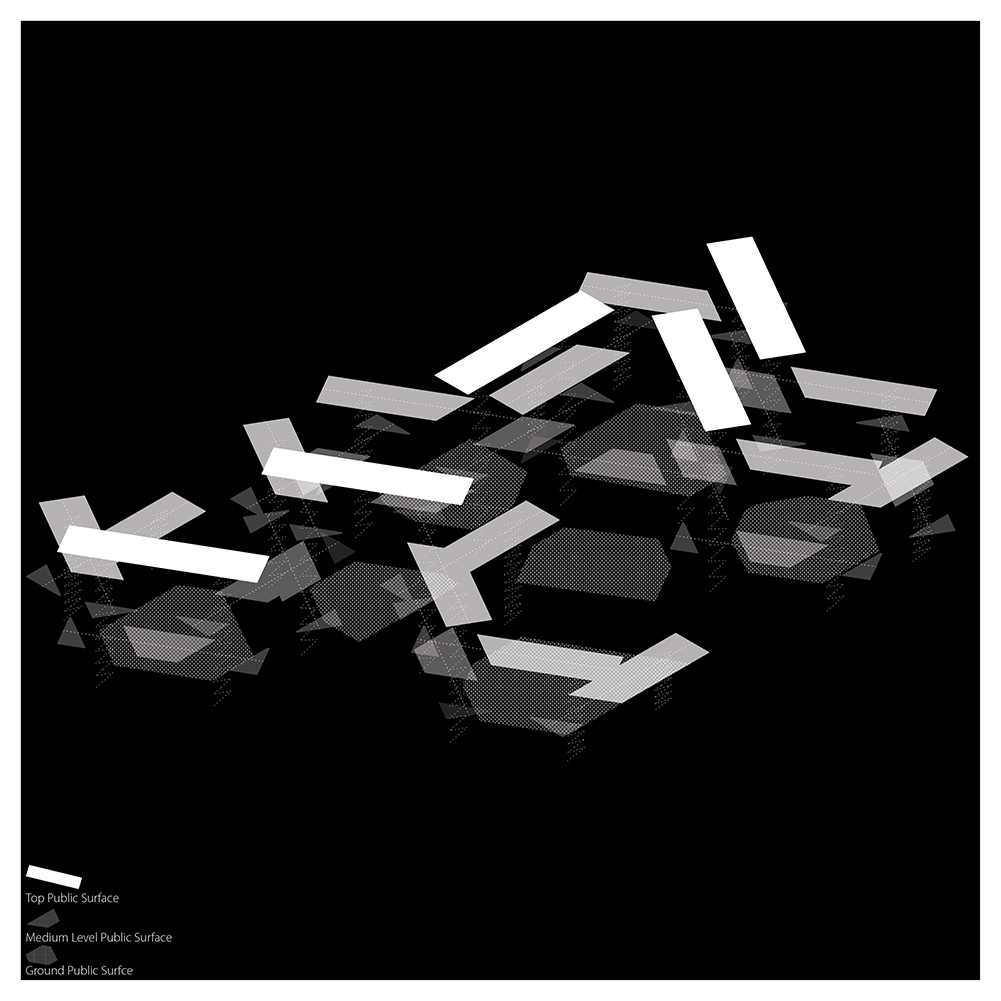 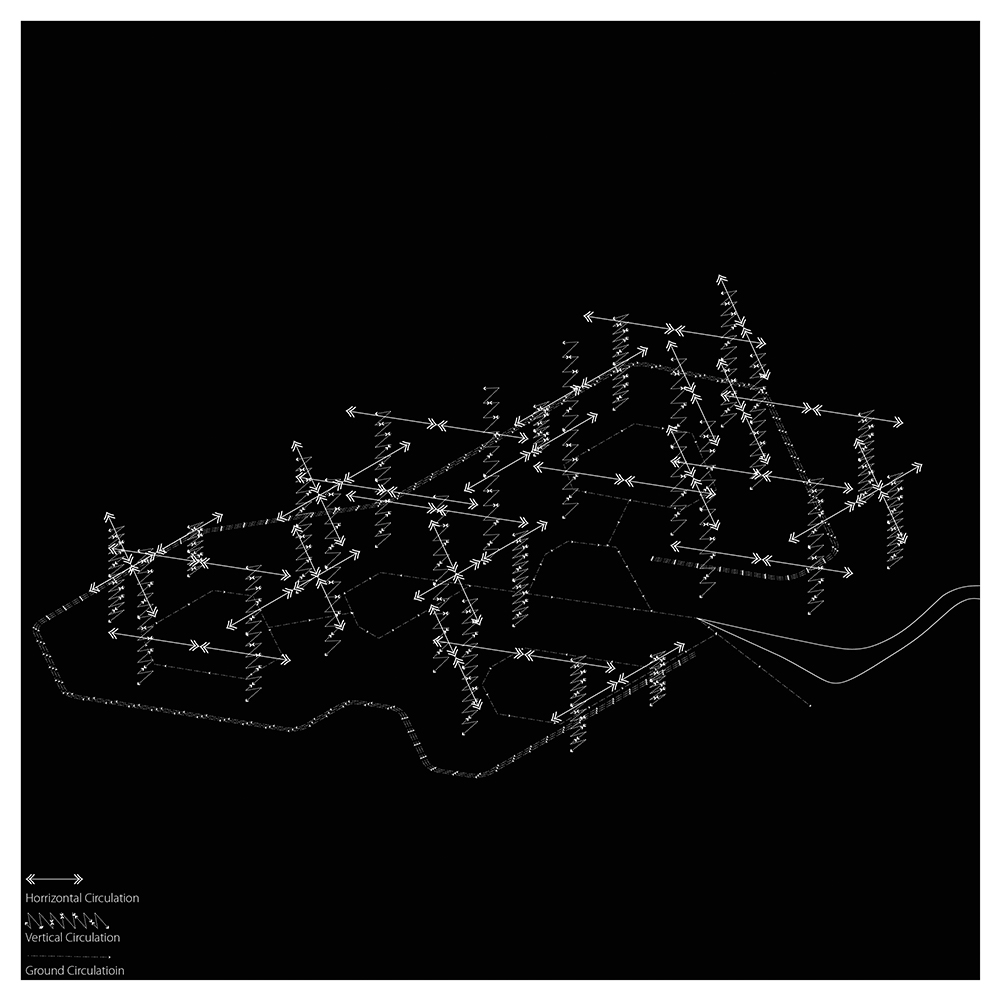 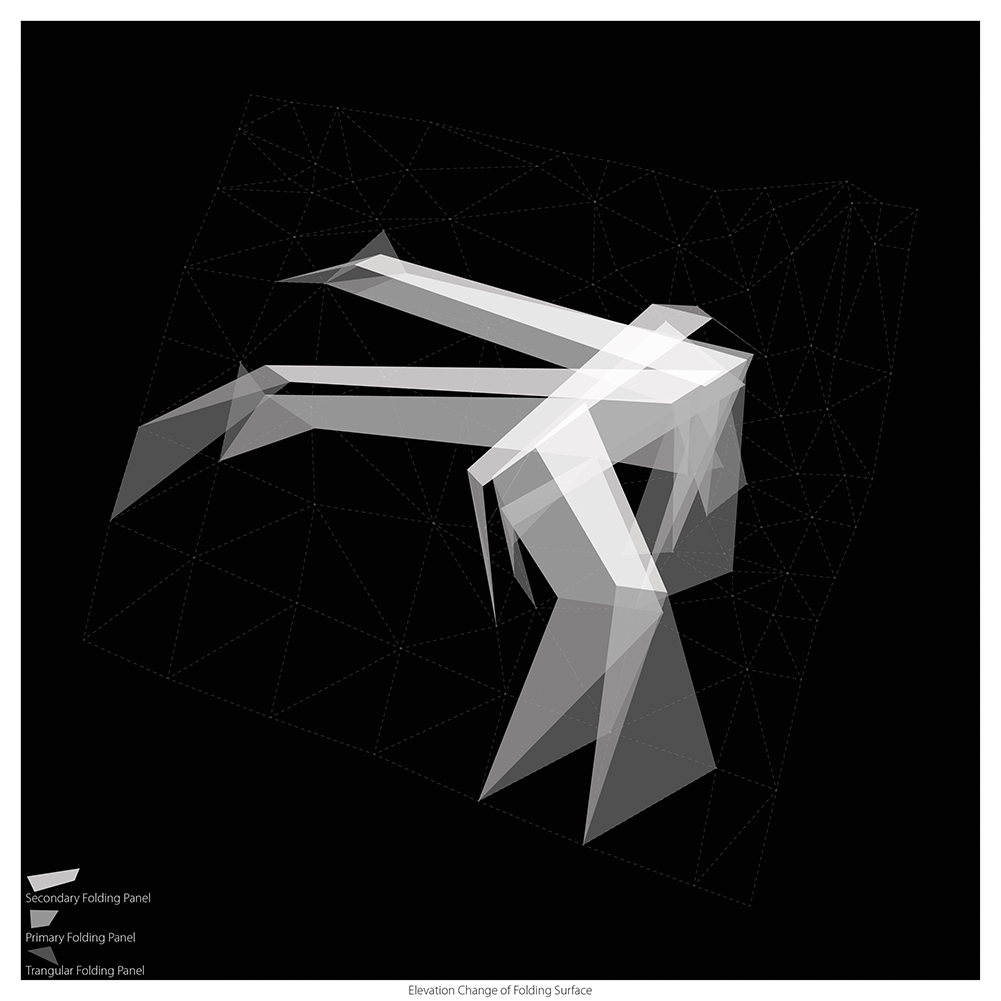 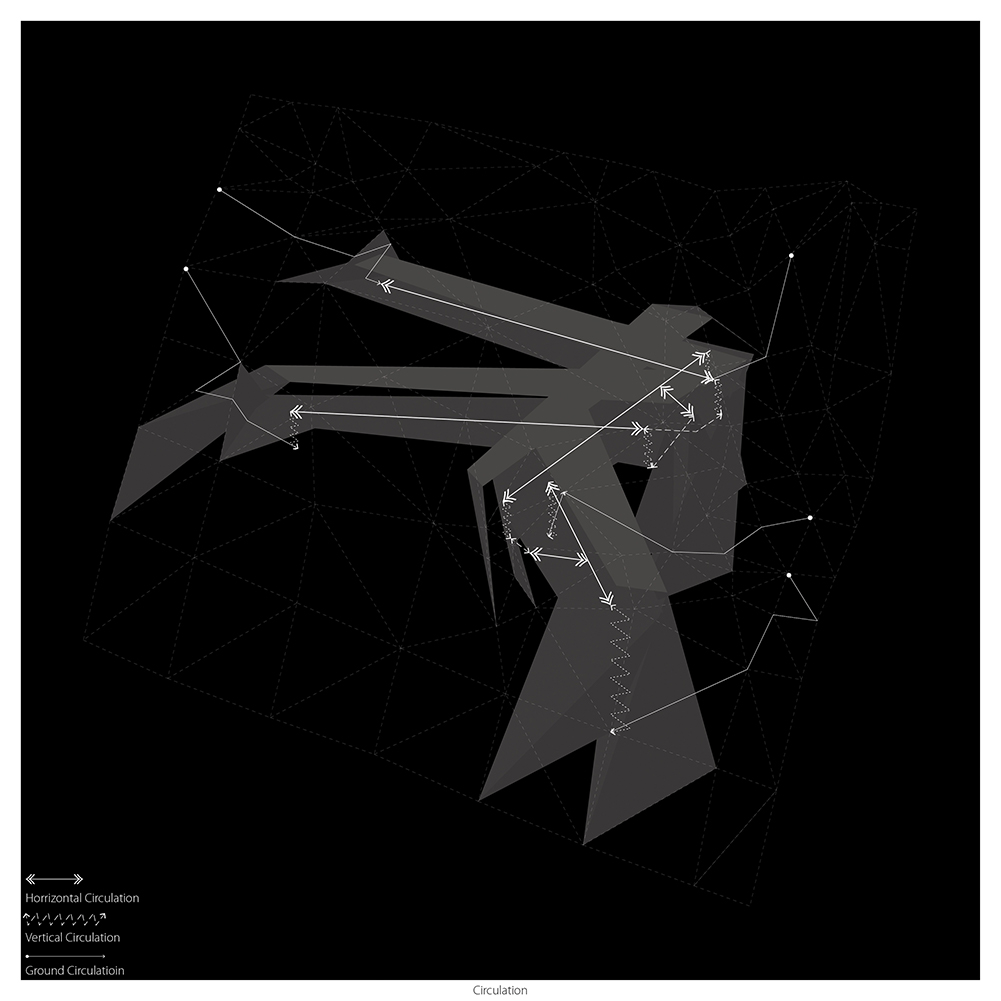 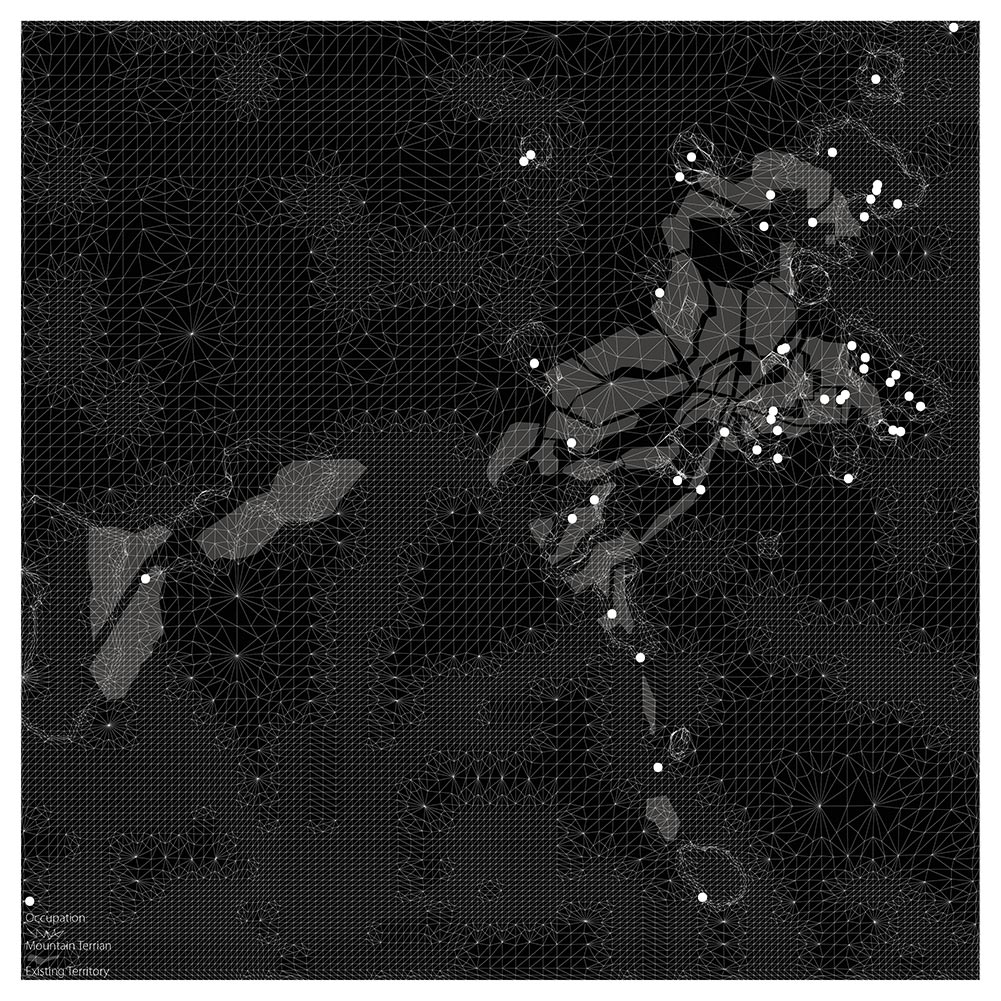 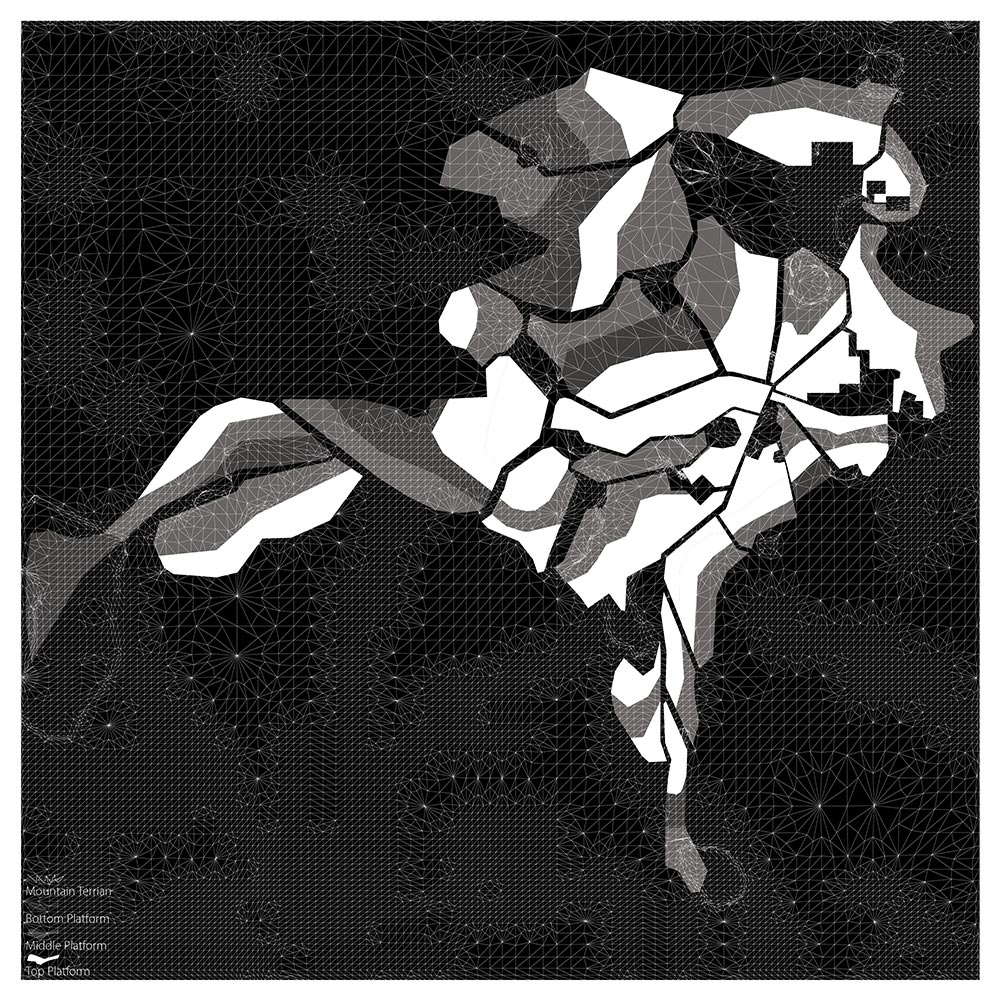 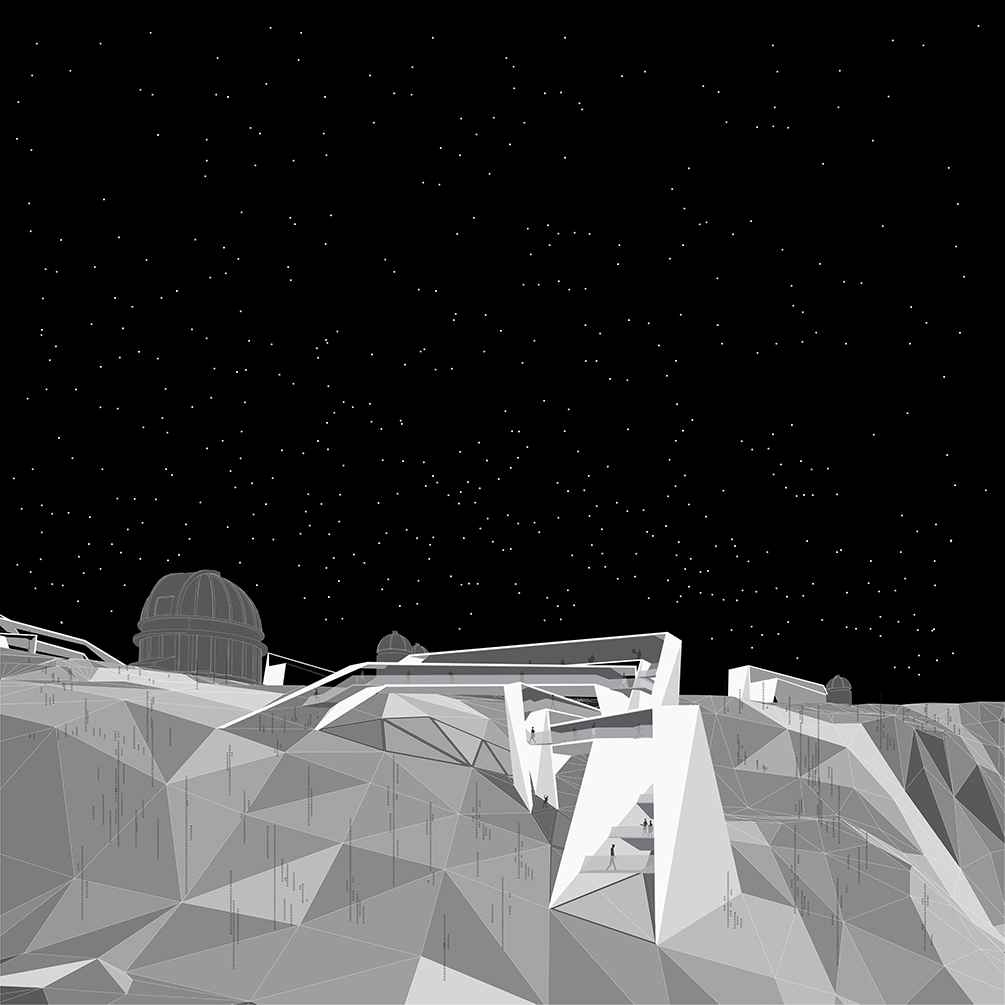 The manipulating of the ground as a means to create connection between architecture and site has been widely explored throughout the time. This project was aiming to generate a continuous reading of ground into the architecture itself. Rather than other ways of manipulation, it reveal the geometric feature of elevated earth by introducing a triangular mesh grid as the primary operating tool to guide the formation of landscape and architecture per se. The traffic diagram indicates the horizontal circulation and vertical circulation. We highlight the surface area. We can see the horizontal circulation become public area for the community, while the vertical point-to-point circulation become invisible, increasing the sense of privacy of the units.

The rotation, shift and aggregation of the module creates asymmetric units types as a result. Units influencing by the rotation of the core, reorganize. And some units also take the opportunity to make expansion horizontally to the surface.The triangulated sufaces generated abnormal space for regular programs, which creates the gap in-between waiting for sophisticated solution. Due to the targeting occupants group, the interior configuration are set-up in a standardized arrangement. The allocation of the public and private programs is based on the overall configuration of the form. The overlapping between primary and secondary surface forms the private housing units, while the overlapping between two prototype creates the communal public spaces.

The mesh grid, as one of the representative technique, is chosen to generate a smooth transition between architecture and landscape, also emphasizing the topological feature of the terrain. Triangulated mesh grid, as one of the representative technics for terrain, is consolidated into the form study to emphasis the topological feature of Mt.Wilson and to explore the potential form iteration by the folding and shifting logic. So, the triangular panels are raised from re-modified mesh grid, turning into quardangular flatt platform as the elevated ground for housing units, then being folded back into the mountain terrain. In this configuration, the form is spacing as well as the structure system.