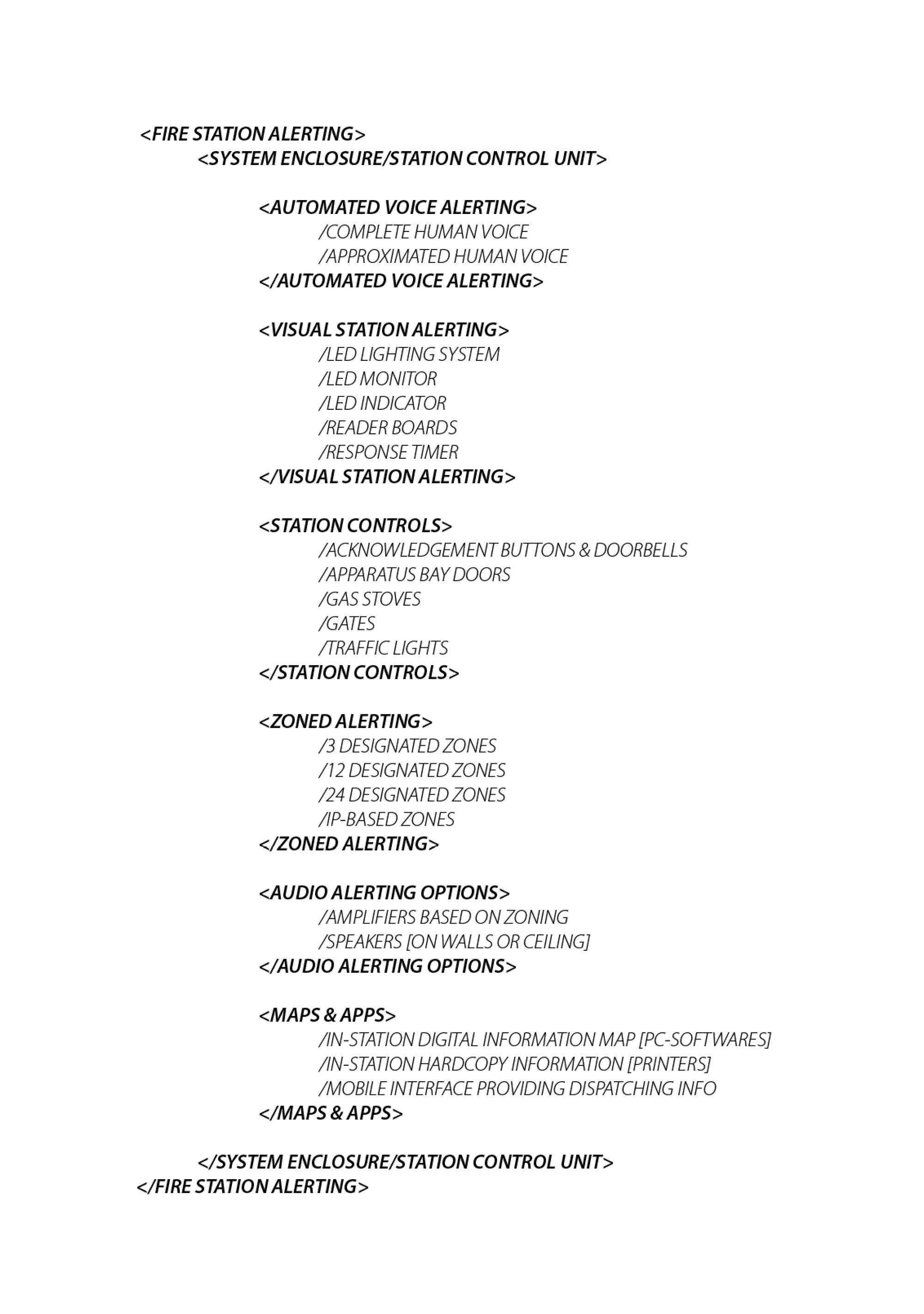 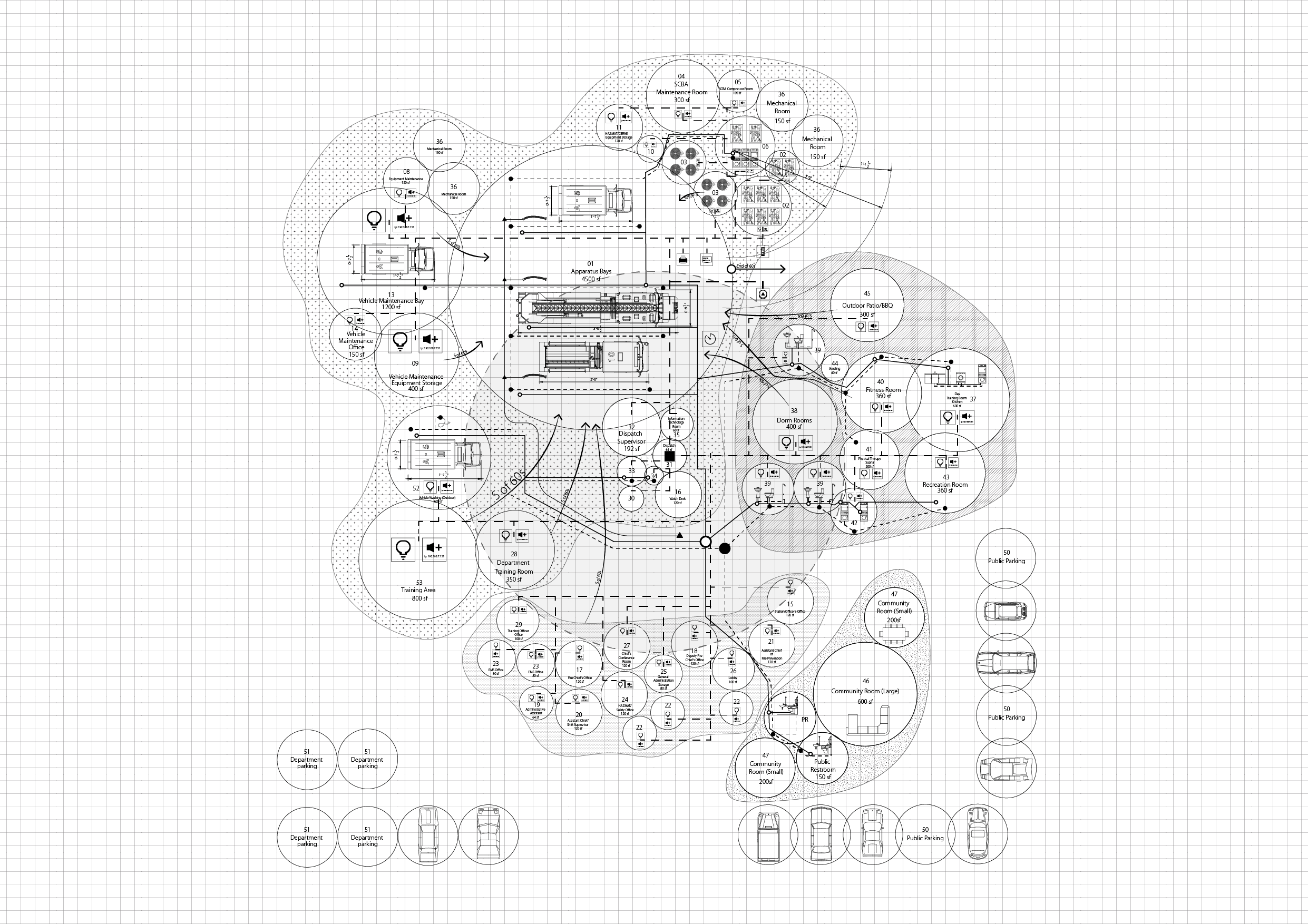 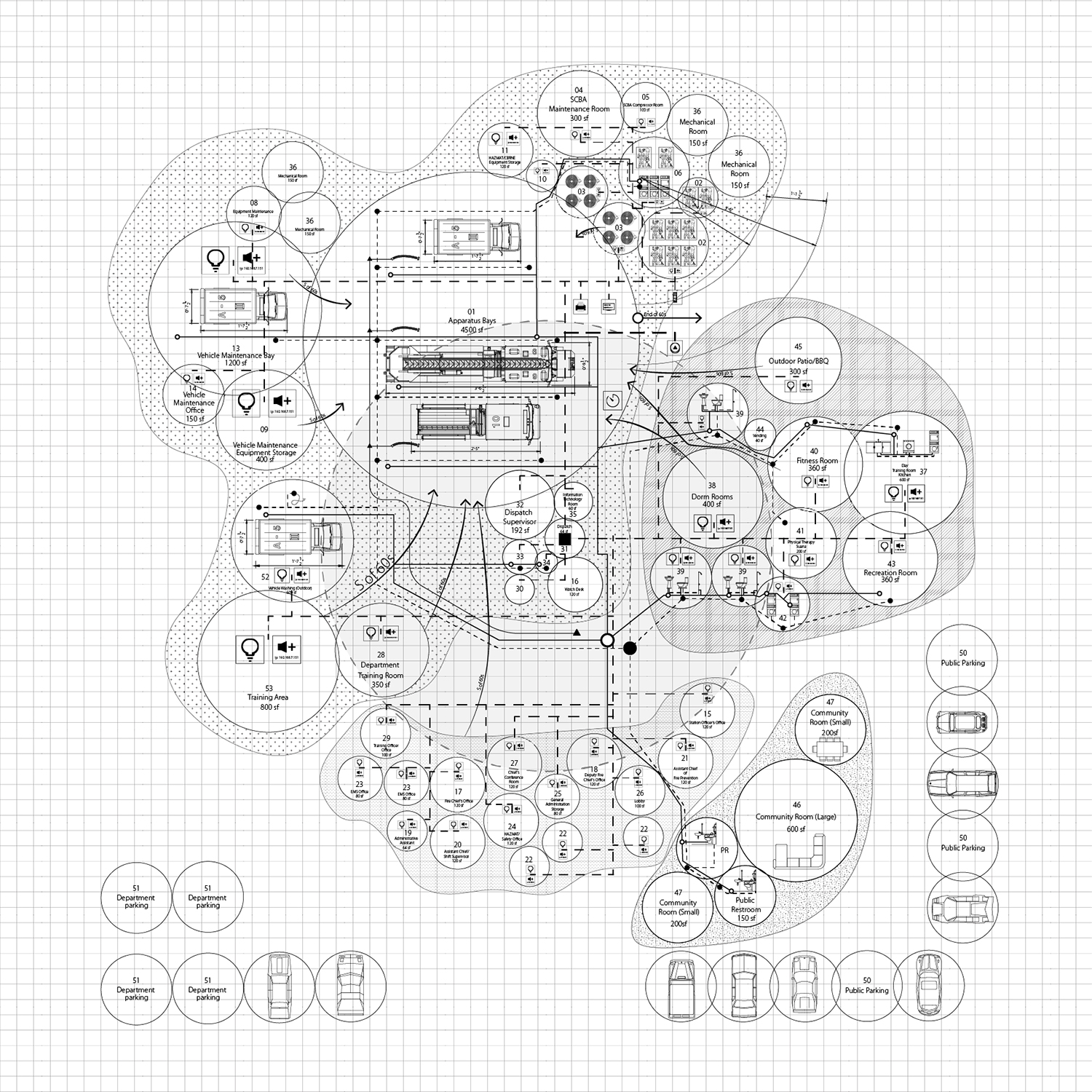 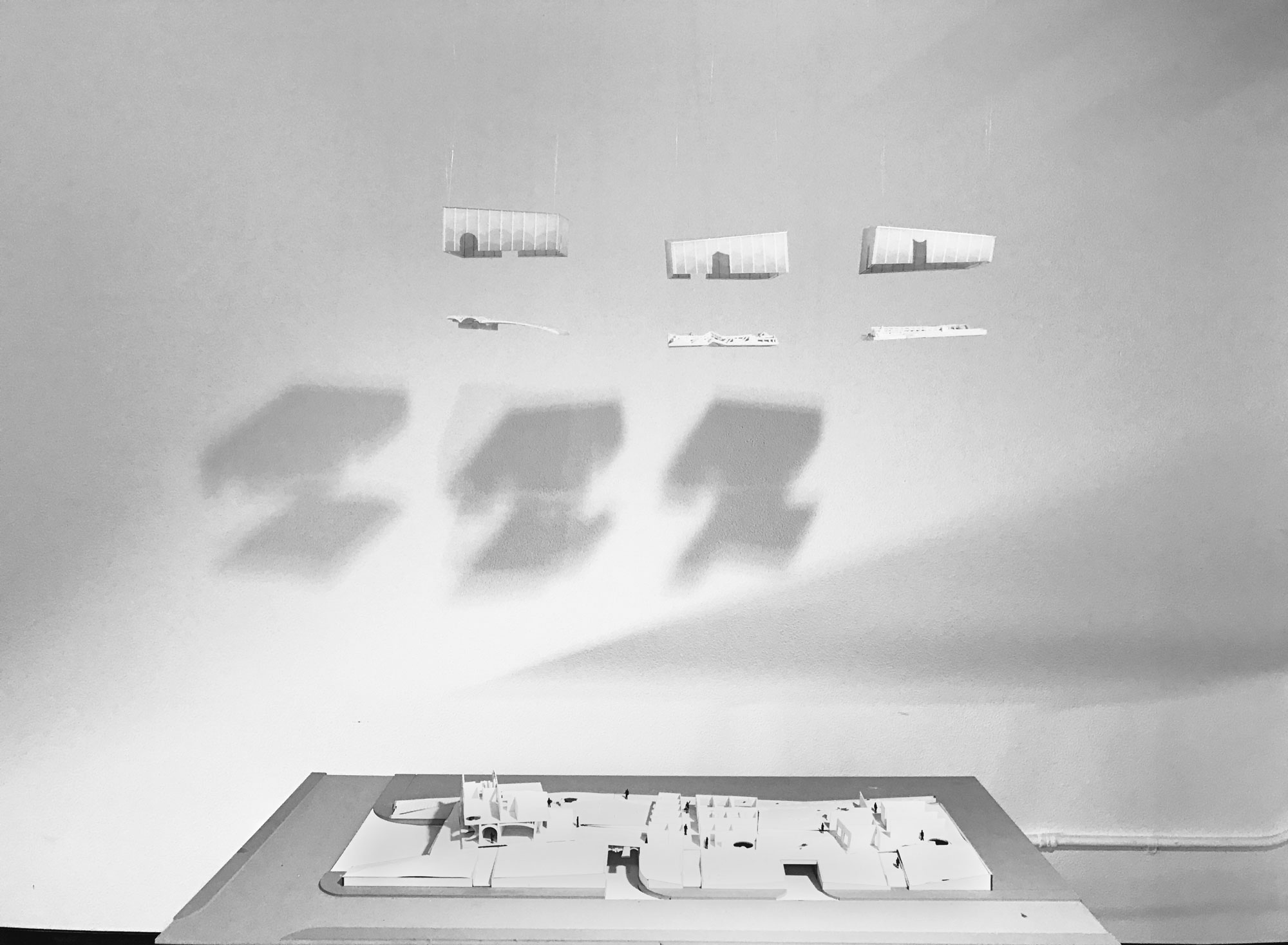 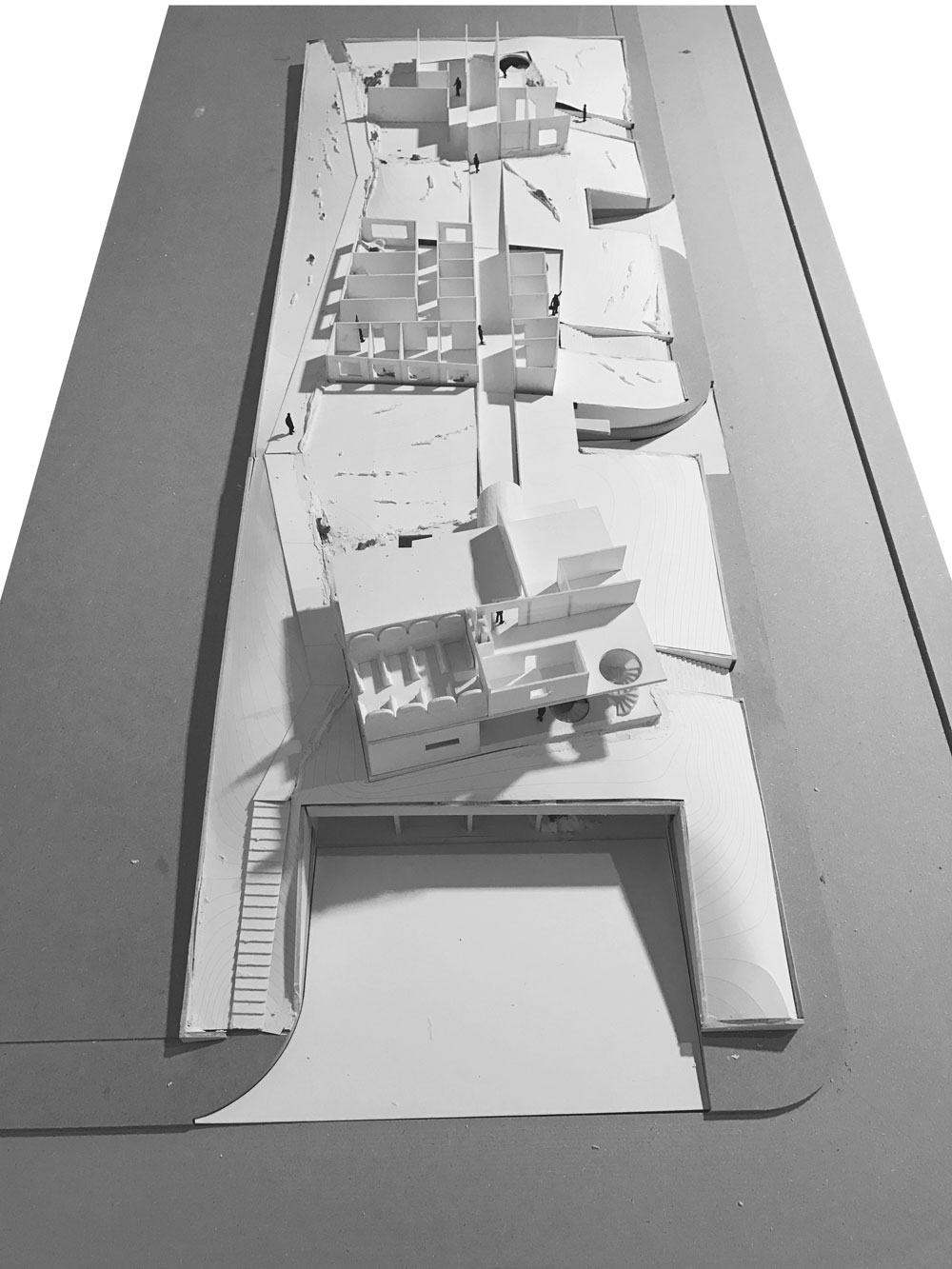 The Dispatch center controls and regulates the fire station. When the dispatch center receives the signal, Specific sound and light initiated a highly choreographed sequence, depending on the type of emergency. We see the combination of ceiling types and light indicator as a key configuration of the design. And The different positions and angles of three shells generate the different relationships between the interior and terrain, which is coordinated with the sequence of actions. Following the standard procedure of solving the emergency situation, after receiving the emergency call, the phone operator will input the emergency type, time and location for automatic dispatching system to deploy the resource. The CAD, computer-aided dispatch, is controlling the lighting condition of the whole station. The dispatch center’s signal will change spatial atmospheres through the combination of different ceiling types and lighting performance. Different colors and alarms will represent different emergency types. Other than that, the ceiling also plays an important role to divide rooms and spaces, providing different atmospheres to different programs. We designed ceiling libraries containing the different ceiling types to generate and transform the forms and spaces.

As showing on the specification drawing of the automated dispatching system, the movement of the fires fighters, the arrangement of the program and the distribution of the equipment are all directed and connected together by the automated dispatch system, which provides the motivation of the fire station around it. So the fire station is divided into three identical cubes: A responding cube highly controlled by dispatch, An administration cube with less restriction and a community cube serving the public. They are connected by a long corridor and divided into the smaller subdivision as fixtures in the automated dispatch system. The volume is split between the repeating shells and specific interiors. Programs are arranged around the dispatch center. The rotation of the cubes creates the opportunity to generate the poche inside the building, which contains the automation equipment of the dispatching, as well as the abundance of required equipment.