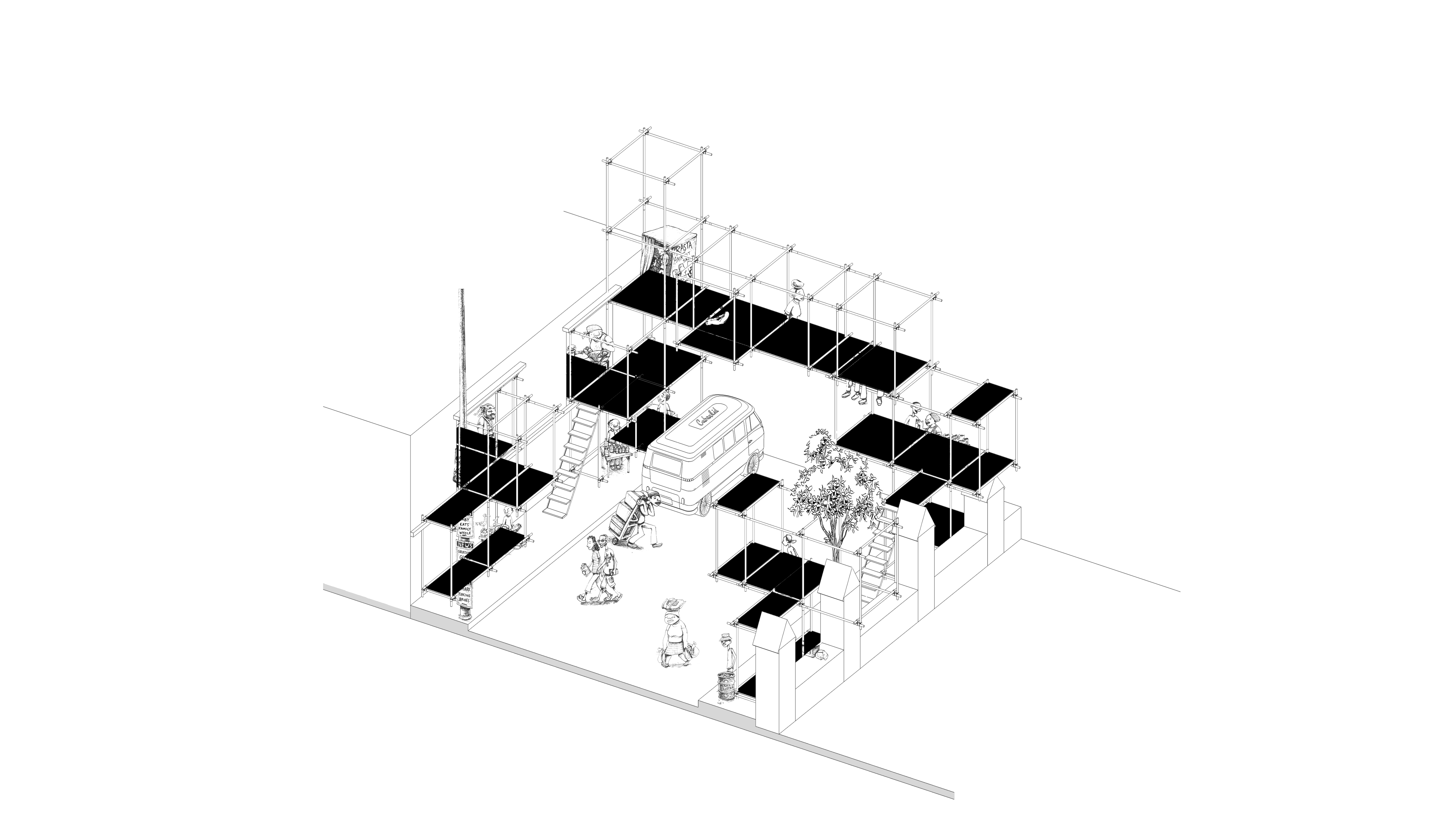 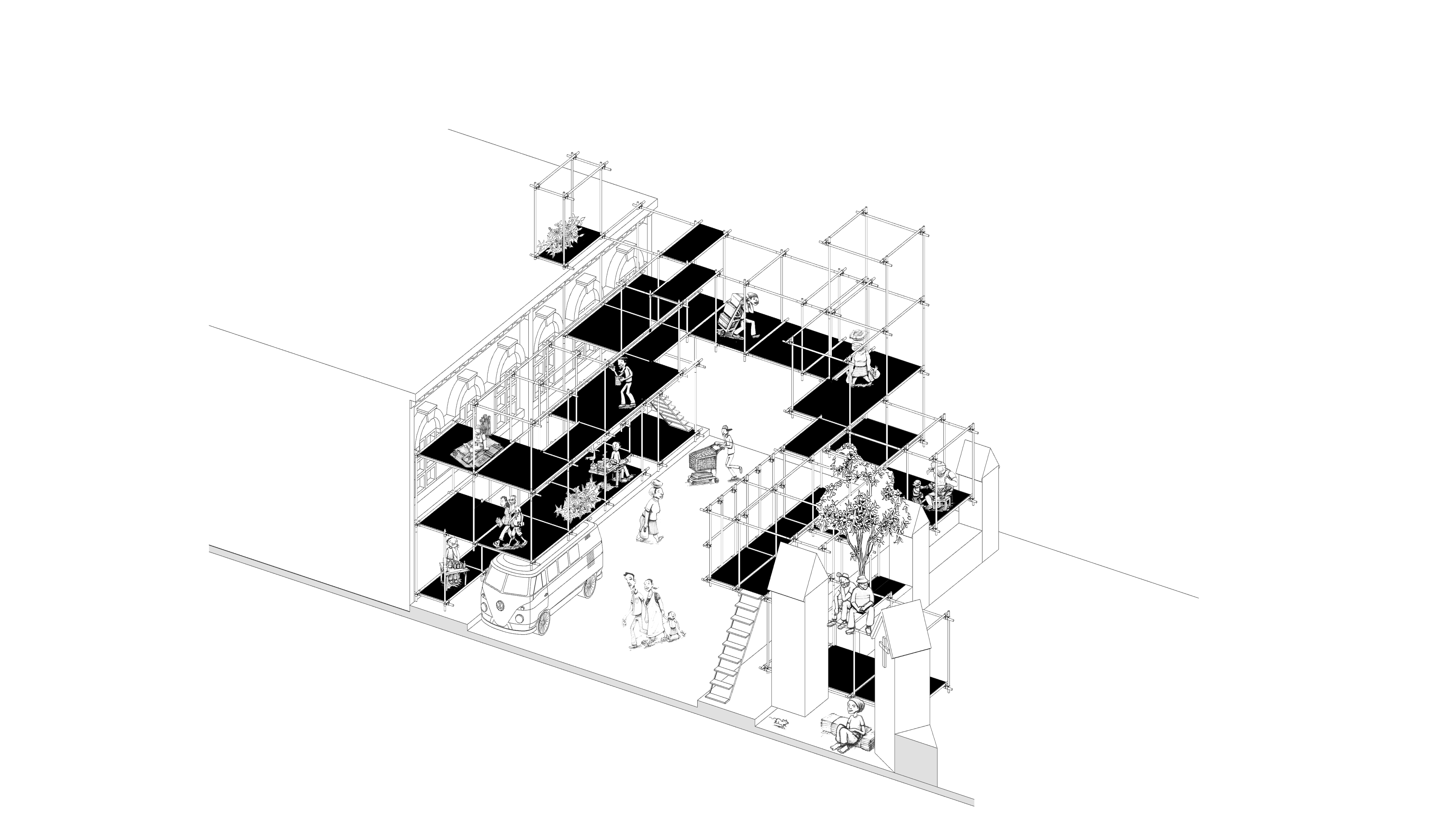 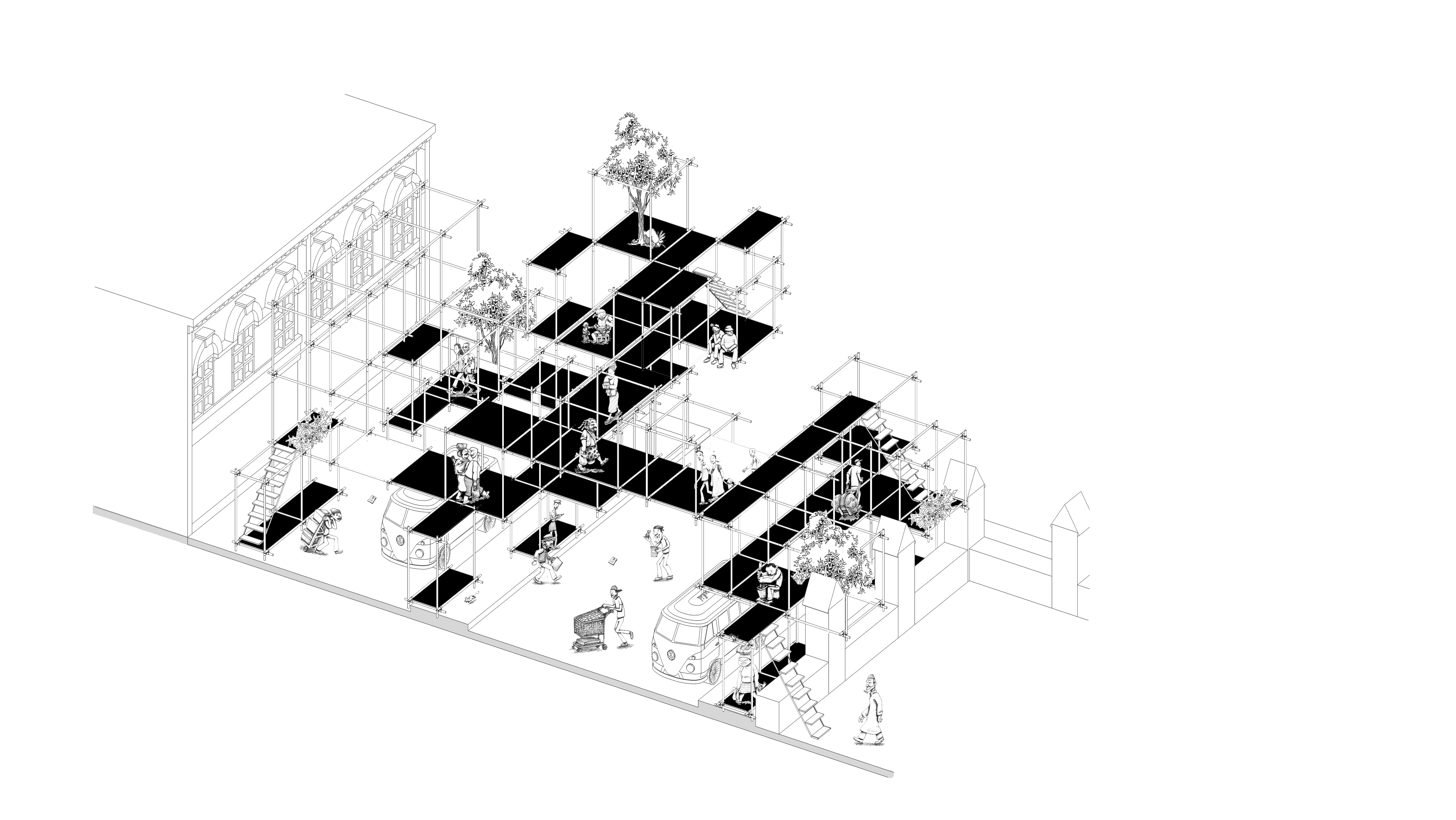 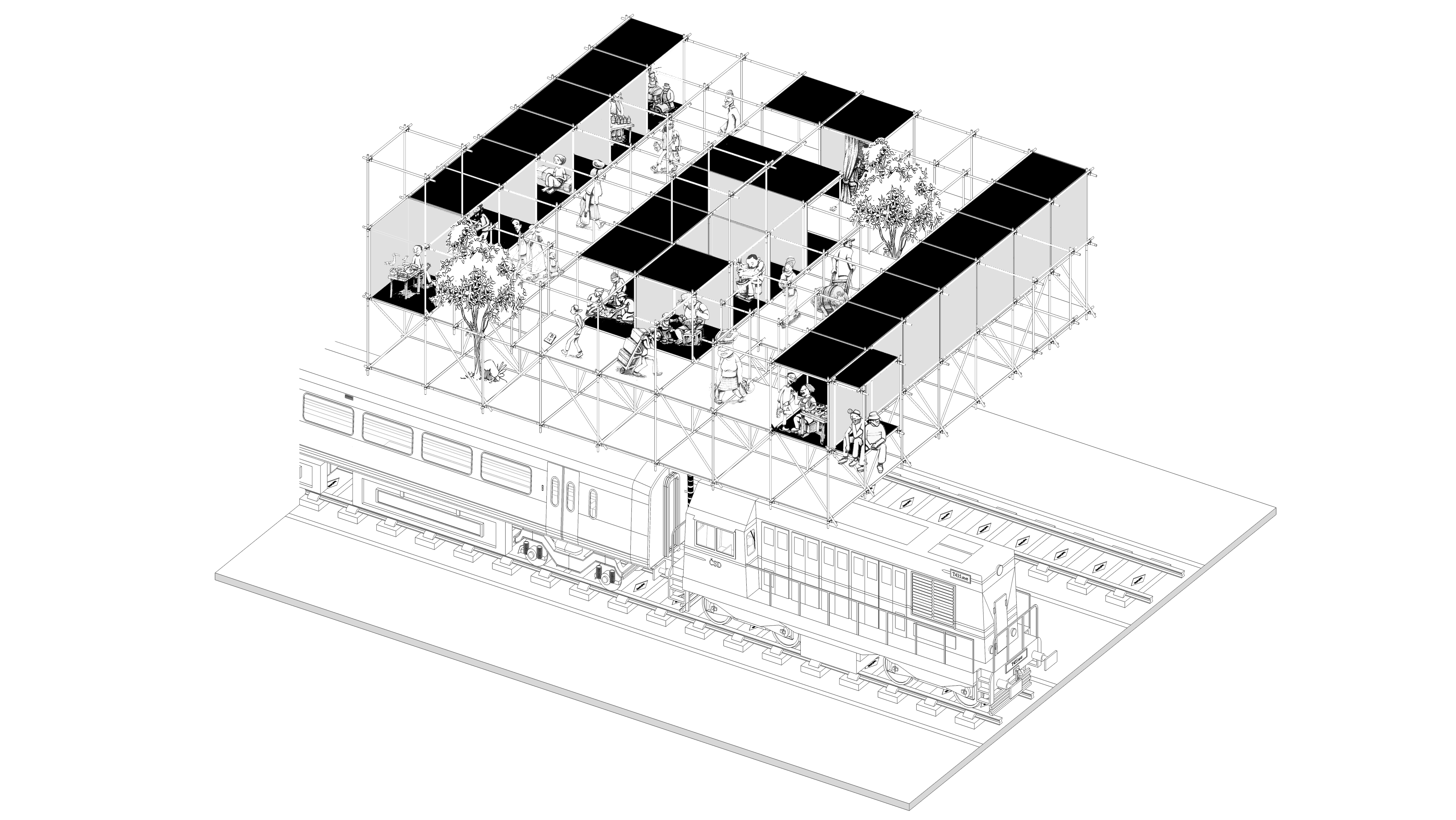 Durban is the largest city of KwaZulu-Natal in South Africa. Its morphology is marred by a condition of fragmentation, which results in a socially and physically segregated city where the city center, Durban's historic engineering of Apartheid, later reinforced by post- Apartheid housing policies. By investing in large-scale township housing projects, the democratically elected South African government, unwittingly, further exacerbated the economic disadvantage of a large percentage of South Africans. Parallel to this condition are environmental disadvantages due to the extensive sprawl, poor infrastructure and limits to urban mobility.

Warwick Junction, in central Durban, exists as one colliding world - with unique qualities and at an unprecedented scale. Almost half a million users pass through Warwick Station on any typical day. As a transportation junction, it provides commercial opportunities for approximately 6000 traders. Research indicates that the financial capital in circulation within Warwick Junction’s trading system equates to the capital flows of Durban’s city center or to any of its major shopping malls. It is a place that continues to thrive despite the various challenges faced by its users and inhabitants. Although different to the formal commercial and economic systems within Durban, Warwick Junction stands as an example of a place where the formal and the informal exist in complete unison.

Taking development experience of ancient Chinese city as an example, we make efforts to increase the DIVERSITY by strengthening the connection and increase the DENSITY in both horizontal and vertical directions, in order to create a orderly, efficient and integrated system, called DENVERCITY .

From the traditional Chinese painting Along the River During the Qingming Festival, we can see that HIGH-DENSITY can be regarded as an important factor to reflect urban prosperity. As a high-density area in Durban, Warwick Junction has the potential for being efficiently organized as a vigorous area.

Durban works as a complex ecosystem with its great DIVERSITY. With high diversity, cities could work efficiently just like Bianliang city in the Painting. In that case, the first thing we do is to recognize this integrated system and find a way to increase the DIVERSITY in a beneficial way.